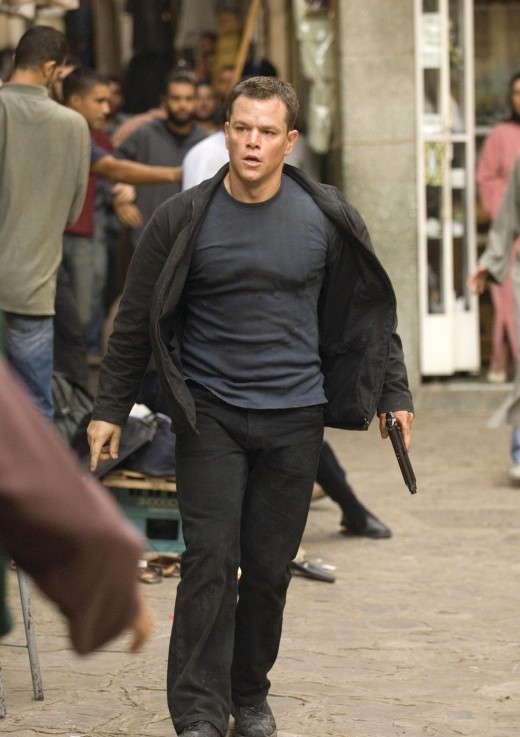 Actor Matt Damon as Jason Bourne in a scene from “The Bourne Ultimatum.” The espionage thriller took in $70.2 million the weekend of Aug. 5, 2007, the most of any of the Bourne films based on novels by Robert Ludlum. It also topped the opening of the previous Bourne film by nearly $20 million. (AP Photo/Universal Studios, Jasin Boland)