Skip to content Bijou Phillips leave Van Nuys police station after visiting her half sister who was arrested on drugs charges - SheClick.com 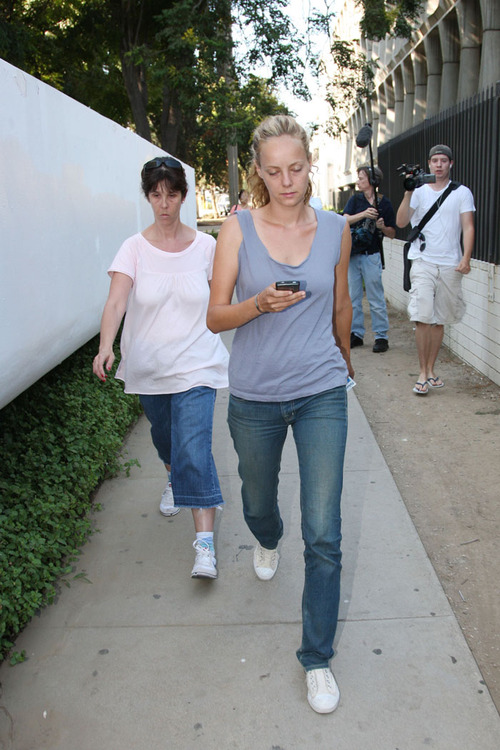 A sad looking Bijou Phillips and female friend leave Van Nuys police station for a second time after visting half sister Mackenzie Phillips who was arrested on drugs charges. Mackenzie Phillips was arrested on suspicion of possessing a controlled substance after she allegedly was found carrying drugs at Los Angeles International Airport. Phillips was heading to New York when she failed to pass a security screening and a secondary search allegedly turned up a small amount of cocaine and heroin in her possession. Bijou was silent about the whole affair as she left the police station.