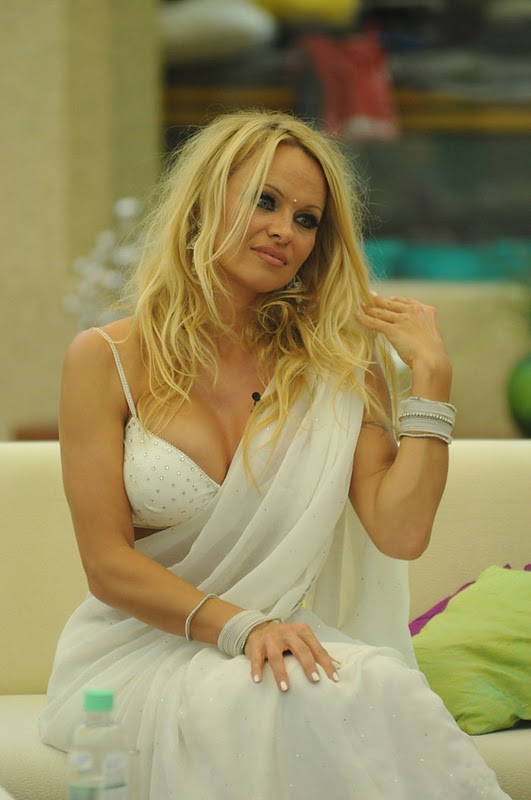 Big Boss reality show has come up with a Baywatch babe Pamela Anderson to be a part of Big Boss 4 where she will be living with the twelve house mates who all are Indian stars and she would really have a flovour of India.

Pamela gave up her hot bikini look and wore a (traditional dress of India) white sari with a sensuous blouse, jhumkas, bangles and a bindi for her entry in the Bigg Boss 4 house.

Pamela Anderson looked gorgeous while she entered the house with Yana Gupta’s popular number Babuji zara dheere chalo in the background. She greeted the Big Boss housemates with a Namaste. Smiling Photo of Pamela and Salman Khan in bigboss4